Insight From Our Intern on Solar and Sustainability

Insight From Our Intern on Solar and Sustainability 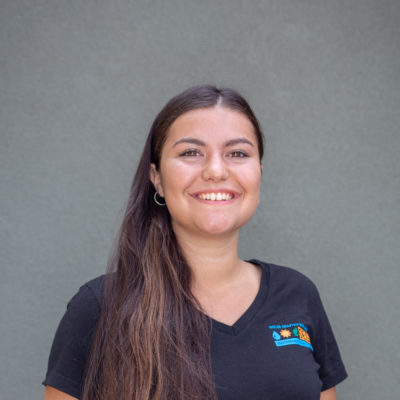 I never imagined learning as much as I did while interning at Sustainable Energy Group.

Not only did I learn about solar, the renewable energy industry and the energy grid, I had the privilege of working alongside inspiring and insightful people.

Needless to say, Solar does so much for the community.

Solar powers so much more than buildings. It powers the economy, raising up local businesses and entire industries, because it exists at the intersection of many different crafts and policies.

Solar attracts and retains knowledge and talent within the community, because it offers jobs to expert engineers, like Ray Darby, who might otherwise choose to live in a bigger city where there are more job opportunities. Moreover, solar employs contractors, electricians, plumbers, roofers, landscapers, and tree trimmers as well as other business personnel in sales, marketing and management. Comparatively speaking, the coal industry employs somewhere around 174,000 workers in the United States, while the solar industry employs over 374,000.

Through providing jobs and keeping money in the local economy, solar builds community resilience to all kinds of problems that are present on a global scale. For this, people who install solar are doing far more than meets the eye.

In addition to strengthening the local economy, solar builds community resilience to environmental challenges such as wild fires, which threaten homes and natural habitats. Solar reduces the threat of wild fires and solves the problem of power outages, because it eliminates the need to transmit power over great distances before it reaches the consumer. Transmitting power is expensive, inefficient, and dangerous, so the shorter the distance power has to travel, the better. And, what’s closer than a roof or backyard?

In general, the energy people use comes from all different sources, including renewable and nonrenewable; as it stands, energy gets dumped into the marble maze called our grid and each marble of energy pops out through plugs in buildings or pumps at gas stations. Even though there is a record high of renewable energy going into the grid, still most energy comes from fossil fuels. People who have solar are actively dumping marbles into the maze, providing energy to consumers that would have otherwise come from fossil fuels. As a solar company, SEG is changing the ratio of renewable to nonrenewable energy circulating in the grid. Generating power as close to home as possible, renewable energy is slowly but surely eclipsing fossil fuels and ridding their direct and indirect cost to the community.

Given infrastructure and transportation are responsible for most greenhouse gas emissions, powering buildings and vehicles with renewable energy will mark a tipping point in history, where humanity has a positive impact on the environment rather than a negative one.

There are policies ushering us closer to such a tipping point. For example, California’s new Building Energy Efficiency Standards encourage building electrification and zero net energy consumption, so that building energy needs can be met with renewables. Building electrification will become ever more important as electric vehicles, requiring home charging points, become used more widely, too.

In many ways, I have found that energy in general, and solar more specifically along with wind in some cases, is leading the way in regard to community resilience and sustainability. This is the case because energy has teeth sunk deeper into policy. More so than say, sustainable agricultural practices, which are known to keep toxins like Glyphosate out of ecosystems, sequester carbon dioxide, and promote healthy soils with a rich microbial makeup. Or, improved recycling and composting programs meant to circulate resources back into the economy and Earth. Even programs to replant forests and reverse climate change don’t get as much attention as energy.

It’s evident that developing renewable sources of energy is transformative. When it comes to securing a clean future for younger generations like myself–via clean air, water and ecosystems– solar is a master key, at least in Northern California where the sun is an abundant renewable resource.