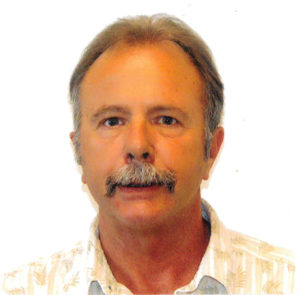 Ray received a Bachelor of Science Degree in environmental engineering in 1979, with concentrations in Solar Energy and AC&R (Air Conditioning & Refrigeration), and received his Professional Mechanical Engineering license in 1983.

He has specialized in energy efficiency and solar energy since moving to Nevada County in 1979. Over his career he has helped thousands of customers in 34 states and abroad obtain their most cost-effective energy options. He designed his first photovoltaic (PV) system in 1982 for his off-grid home. In 2001 he installed his first grid-tied PV system for his own home, one that included a battery backup capability, and began offering PV to the public in 2002.

He has worked with utilities, government energy agencies and fellow industry experts in areas ranging from a wide variety of R&D projects to the construction of solar and energy efficient building installations. He played a lead role in the development of California’s building energy code in the early 90’s. He was twice awarded the coveted Superior Accomplishment Award by the California Energy Commission, first in 1999 for his work in developing Sustainable Building Design Guidelines for state buildings. He was award again in 2001 for his efforts helping to resolve California’s peak electricity, for developing and managing the country’s first cool roof rebate program.