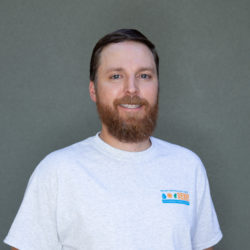 John Lane lives in Grass Valley and has been working in the solar industry for three years, two of which he spent with SEG. Before working in solar, he worked for a year and half in plumbing. His transition into solar came about after he earned a Certificate in Advanced Photovoltaics from Sierra College. In addition to the photovoltaics certificate, he holds an entry level NABCEP certificate.

John believes that solar power is important for our future to help lessen climate change and pollution, end conflict over fossil fuels as well as halt the environmental impact of mining. To John, solar is also a mean to make energy more sustainable and preserve natural environments for future generations. Putting sustainability into practice, John rides his bike to work and recycles/reuses what he can.